Owen’s wildlife art is sought by collectors worldwide due to his meticulous research and attention to detail. Several of these prints are released as part of a series.

If you’re thinking of using Owen’s wildlife art prints as corporate gifts, be sure to check out our Gold Access Club (even if you’re not a company!) Chalk Drawing of a Tiger 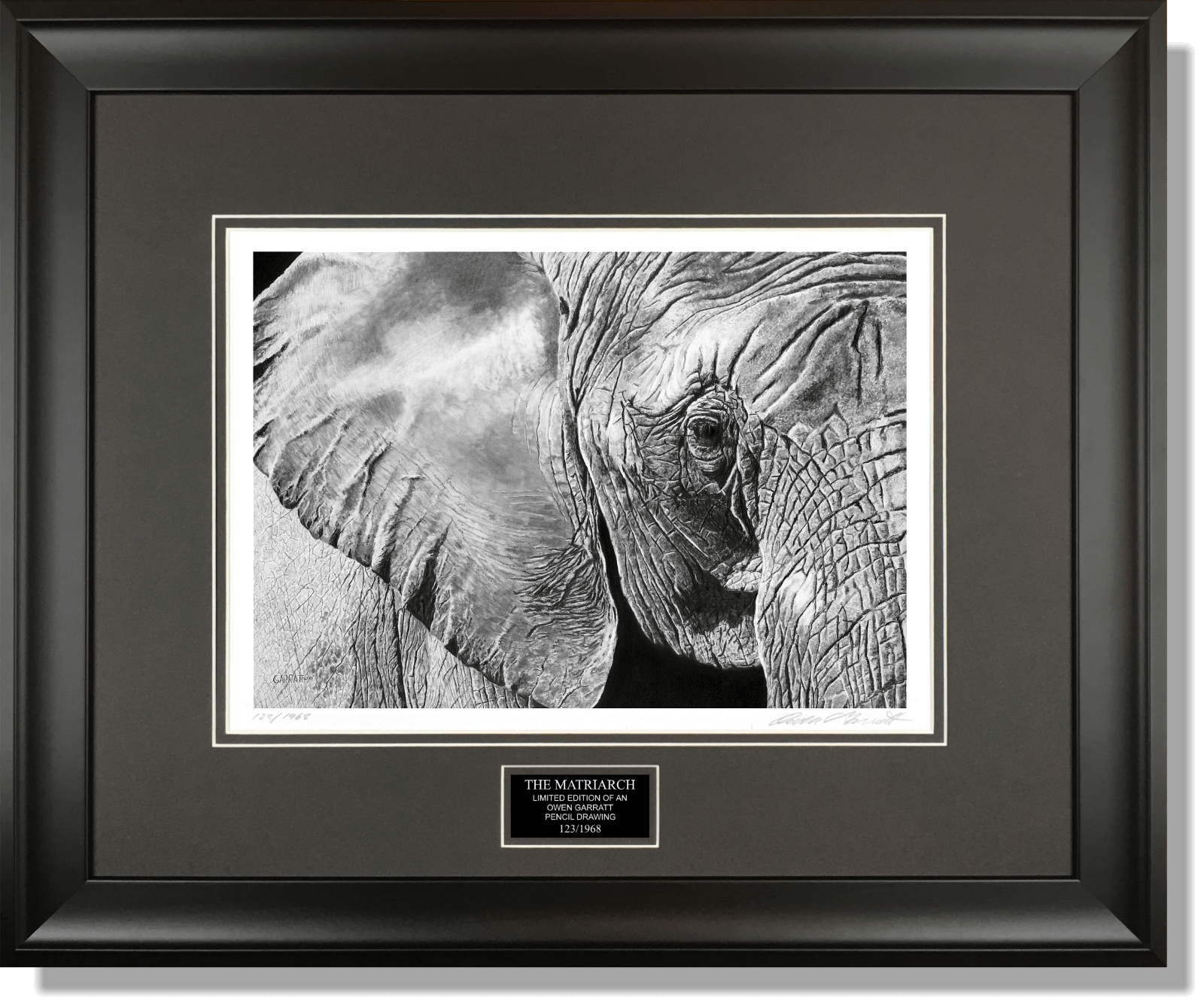 The Second Wolf Pencil Drawing in a Series The White Wolf of Thompson

First Wolf Drawing in a Series – SOLD OUT The First and Last in a Series of Canada Goose Art

T his is where my career began.

There was a time, waaaay back in the mid to late 90’s when wildlife art was everywhere. You couldn’t throw a rock in a crowd without hitting someone calling themselves a wildlife artist.

Thanks to artists like Robert Bateman, John Seery-Lester, and many others, wildlife art became the defacto art for the Average Jane and Joe.

To be perfectly clear: I’m not dissing them, not at all. I was lucky enough to meet these gentlemen early in my career, and I’m happy to say they were very complimentary of my efforts, highly encouraging, and perfect gentlemen in every sense of the word.

The problem when any style of art that becomes popular is that every hack and wannabe artist who can fog a mirror and lift a brush tries to horn in on the action.

Including, I must admit, yours truly.

But my great-grandfather was Dr Dick Bird, who was one of the very first generations of cinematographers at the turn of the 20th Century.

Greatdad did much of the early Walt Disney nature films, as well as films for The Autobahn Society, and he lectured numerous times at The Smithsonian Institute.

And he was my absolute hero.

He didn’t really get going until his 50’s when he married his housekeeper (who was nearly 30 years younger than he was…go Greatdad!), and spent years traveling the world and filming wildlife.

I learned very quickly that there was much more to being a wildlife artist than combing through National Geographics looking for photos to copy (which is a copyright no-no!)

You have to go and meet your subjects…